Some of our history 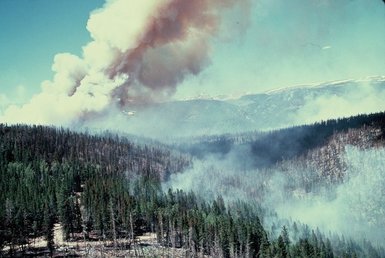 Figure 1. Hanmer Forest Fire, 1972. Source: FRFANZ website
The High Country Fire Team (HCFT) has evolved over its time, starting with the New Zealand Forest Service, moving to the Department of Conservation in 1987 and more recently transferring to Fire and Emergency New Zealand in 2018. The following is adapted from an extract by Andrew Sheppard in the Christchurch Tramping Club's Golden Jubilee publication, dated 1982. The HCFT was born from the Christchurch Tramping Club (CTC) and similar organisations and Andrew was a founding member of the HCFT, and is still active in the team to this day.

The concept
The concept of the HCFT was born in 1970 after a major fire in the Liebig Range, Mt Cook National Park destroyed over 1600ha before finally being extinguished by rain. It was then that the Forest Service decided to establish a trained force of mobile fire-fighters which could be used to control fires in the high country. The department decided against using its own staff for the team as it was felt that the conditions in which a major fire occurred would be such that trained staff could not be spared from lowland areas.

To ensure that the team members were fit and capable of looking after themselves in the mountains the Forest Service approached groups with an interest in the mountains - tramping and mountaineering clubs and deerstalkers. There was an immediate response of some 60 people which included some 17 CTC members. In 1971 the team was officially established and training underway, when in 1972 another big fire broke out at Mt White and emphasised the need for such a group.

Early training and gear
On March 15, 1972 the first field day was held at Ashley Forest and since then there have been regular meetings and training days. Topics covered included fire-fighting techniques, use of portable pumps, chainsaw use and maintenance and some more social skills as well.

By 1976 the team had its own trailer of gear ranging from trenching tools and knapsack sprayers (known by the brand name of Regas) and a flying "coffin" a wooden box which contained 2,400 ft (730 m) of fire hose which could be laid by a helicopter to deliver water to otherwise inaccessible places. The team also had its own caravan which was setup as a mobile canteen and could be used as an emergency base. Opportunities to practice techniques on "controlled" fires were rare.

One notable exercise in December 1975 involved half the team flying from Ashley Forest to Mt Thomas in an Air Force Iroquois helicopter, where they joined the rest of the team in putting out a scrub burn-off fire. The addition of dye crystals to the water in the helicopters monsoon bucket resulted in some highly coloured team members, who rather resented the change. In due course the fire was deemed to be out and the team set off for Christchurch only to realise halfway back that smoke was still rising into the sky. They had to return and finish the job off completely.

Another practice in January 1977 was held in the hills behind Sumner with the Woolston, Central and Sumner Fire Brigades. It proved informative for both sides and gave each an insight into the capabilities of the other.

The callout
The team was divided into four crews, each headed by several crew leaders. Callouts were on the basis of availability - if you were not near your phone at the critical moment the next person on the list was rung. Once contact was made that person was expected to be in the Forest Service office within an hour, fully kitted out and ready, if necessary, to spend several days in the field. Gear included helmets and fire-resistant overalls, goggles and ear-plugs (supplied by the Forest Service) and woollen clothing was a must - though rather uncomfortable on a warm nor'west day. While in action all team members were considered to be employed by the Forest Service and one CTC member is known to have purchased a double bed on the proceeds of a fire.

1971 - 1976
The first fire attended by the HCFT was the 19-day Mt White fire (1972 - 615 ha), where they relieved a NZFS crew in mopping up hot spots. Only one CTC member was involved this time, but others were soon initiated at Little Malaya, Mt Oxford in 1973. This was the first time the team had worked with a helicopter and monsoon bucket - an experience that did not last as the bucket tangled with a fence and the helicopter crashed! By the end of November 1973 the team had its first set of overalls and helmets but was not able to use them in action until the Boyle River fire of New Year 1975.

​Then in March 1976 came the Hanmer fire (798 ha). The Army was heavily involved at this fire and HCFT members found themselves acting as crew leaders of squads of men. Two Air Force Iroquois helicopters and two civilian helicopters using monsoon buckets were instrumental in bringing the fire under control while heavy machinery commandeered in the district also contributed.
​
1977 - 1982
New Zealand Day weekend 1977 found a small HCFT team at the Flock Hill (Craigieburn) fire and another small team attended a tussock fire at Charwell in 1979. Then at Mt Thomas in October 1980 a big fire, caused by a farmer's burn off, was swept into the forest by a violent nor'wester. A fortuitous weather change brought snow and halted the fire's advance and the team spend four days mopping up the hot spots. The required the use of hand tools and chainsaws, with helicopters playing a welcome part in team transport.

The 1981-82 summer proved a bumper fire season with the HCFT team first attending a grass fire at Quail Island in October, next, the Mt Somers fire - started by the Army's exercises with tracer bullets was marked by the debut of two CTC members (David Jenkinson and Andrew Sheppard) as team cooks, once activity in the field was over. Then a small group traveled to Kaikoura but was not required on the Fidgett fire. However, the biggest callout was to the Haldon fire where the main work was again damping hot spots. The advance party, dispatched in the morning from Wigram by plane and collected by the Army from the Pukaki landing strip had the interesting experience of first seeing the fire on TV while taking their ease in a homestead some distance away. Eventually they reached the fire HQ - just a few minutes ahead of the backup team which had traveled from Christchurch by road.

Wajax competitions
In September 1976 the Fire Service instituted an annual Wajax pumping competition. Teams of four are required to set up their Wajax (a portable pump) and carry out certain manoeuvres. The first competition was won by the HCFT No. 1 team (which included David Jenkinson and Andrew Sheppard) and the HCFT No. 2 team (included Gary Swarbrick and Joe Grossman) came second. Since then the various Forestry teams have put in more practice and the best the HCFT managed is second place - close enough to keep the professionals on their toes.

Recent years
In 1987, the New Zealand Forest Service was abolished, with the team transferring to one of its successors, the Department of Conservation (DOC). Over the decades the Team has been in integral part of fire suppression efforts in many large fires throughout the South Island including the 2008 Mt Cook Station fire, 2015 Onamalutu fire in Marlborough and the 2017 Broken River fire that saw the rail network between the SI East and West coast severely damaged. It was only a week later in Feb 2017 that the Port Hills fires broke out, which saw the HCFT contribute the most person hours and days on the ground from a single, non career, fire unit. More recently, members of the team deployed to the 2019 Pigeon Valley fire in Tasman/Nelson.

Members of the High Country Fire Team have been utilised both Nationally and Internationally over the years seeing members deployed to Australia (Victoria and Tasmania), America and most recently Canada, returning a multitude of experience that these members have then shared with the rest of the team through visual, theory and practical trainings to help refine skills that can be applied here in New Zealand.

On 1 July 2017, the previous Rural Fire Authorities and the New Zealand Fire Service were joined to form Fire and Emergency New Zealand (FENZ). One year later, on 1 July 2018, 31 years after the transfer from the Forest Service to DOC, the HCFT joined FENZ.